SOME FAMILY TIME OVER A CUP OF COFFEE

The question of what makes a good cup of coffee boils down to two very simple matters. The first, for the avoidance of all doubt, is whether the drink in your hand actually tastes like a cup of coffee. The second is: do you like it? If the answers to both these questions are “yes”, then we’re pleased to say that you are drinking an excellent cup of coffee, and no one else’s opinion matters*. But here are a few things you might not yet know about coffee.

Coffee’s origins go back at least 1000 years, and can be traced through North Africa and the Middle East. It comes from a sort of cherry plant, for which the coffee “bean” we all recognise is the seed. Its qualities were possibly first discovered in Ethiopia (according to the legend of Kaldi and the dancing goats, which is almost certainly not true), where it was consumed in various forms, such as a sort of weak tea, wine, mixed with animal fat as a sort of early energy bar, and as qishr, a sweet drink made from the husks of the coffee berry, which is still drunk today, but called kishr.

Trade routes eventually brought coffee to the Arabian Peninsula, where it was named qawha, and cultivated for its ability to keep the devoted awake for midnight prayers. Qawha is the origin for the word coffee, after becoming kahveh in Turkish, koffie in Dutch, then caffe in Italian. It was in Syria, between the Arabian Peninsula and Turkey, that coffee was first roasted around the 16th century. From there the practice migrated to Turkey, and thence to Italy, England, France, Germany and beyond.

By this time, Muslim pilgrims had introduced coffee throughout the Islamic world to Persia, Egypt, Turkey, and North Africa, making it a lucrative trade item. It also gained a reputation as a fuel for over-indulgence (of all sorts) and sedition leading to attempts to ban it. But its fans were hooked. And coffee also brought people together for company, conversation and commerce, a fact that still holds true today.

By the 1650s, coffee was sold by street vendors on the streets of Venice, and soon after the British took to it with gusto. The French were somewhat behind the curve, possibly because French doctors counselled against it — fearing their profession might be undermined by the health claims made in its name. “We note with horror that this beverage… has tended almost completely to disaccustom people from the enjoyment of wine,” noted one doctor in Marseilles in 1679. A horrifying prospect indeed.

Coffeehouses soon appeared in Germany and England. The first British coffeeshop opened in Oxford in 1650. Just 50 years later, there were apparently 2,000 coffeehouses in London, which soon became known as penny universities, as for that price one could buy a coffee and sit for hours listening to “extraordinary conversations”. Coffee did away with class. Everything depended on what you had to say. It was only later, with the colonisation of India, that the ubiquitous British drink became tea.

But it was of course the Italians who perfected the art of brewing the perfect cup of coffee, by pushing hot water under pressure through finely ground, dark roasted coffee beans, the espresso (meaning “to push through”). In 1901, Luigi Bezzera invented the first commercial espresso machine, and coffee culture took on a whole new depth of flavour.

This is why the words we use to describe the coffees we drink are mostly Italian, though not the mocha, which was the name of a port in Yemen. In the 15th and 16th centuries, it was thought that the coffee produced here (brought from inland Yemen) had a particularly chocolatey flavour.

Cappuccinos were invented around the 1930s, and were adopted enthusiastically by the British, who do like to put milk in things, and Americans. While puritans might not approve, it is most likely linked to a simple biological fact that northern Europeans are more lactose-tolerant than their southern neighbours.

The black Americano on the other hand may have its origins in World War II, and some believe that the name derived from the habit of American soldiers of adding hot water to their espressos to give them a drink that more closely resembled what they drank at home.

But, whichever one you prefer, you’ll find yours, along with ample occasions for company, conversation and commerce, at our adjacent restaurant Khéma.

* Credit to coffee historian Ian Bersten for this succint formula. 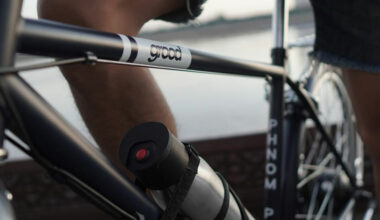 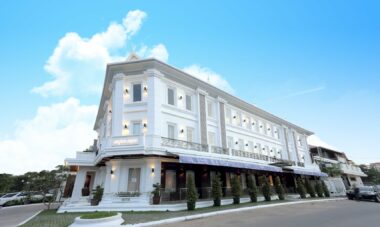 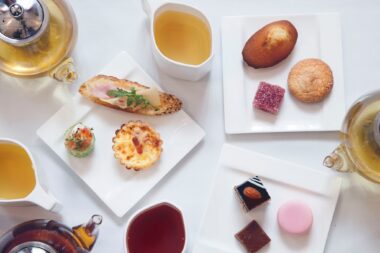 An association of three quintessentially British traditions, an Afternoon Tea at Khéma offers an opportunity to indulge in…
0 Shares
0
0

There is no such thing anymore as a quick trip for anything in Phnom Penh. As the number…
0 Shares
0
0
Back to top